Posted on January 8, 2018 by bermanevansretail

Due to a strong economy, 2017 saw an uptick in consumer spending. So how good a shopping year was it? Let’s look at 2017 American personal consumption spending.

“American consumers spent $130.6 trillion through November 2017. That was a 2.7% increase over 2016. And personal spending by U.S. consumers accounts for two-thirds of all spending in the United States. Thus, it is the primary driver of economic growth. Spending on luxury goods such as yachts and private planes has risen. So has spending on necessary expenses such as housing, food, and health care. Additionally, due to better technology more Americans are able to afford televisions, internet access, and other consumer electronics. Changes in technology have also led some Americans to abandon certain outdated products and services altogether.”

“To determine what Americans spent in 2017, we analyzed real personal consumption expenditures from January to November 2017 from the Bureau of Economic Analysis [BEA]. We chose 50 consumer categories that best represent what Americans spent in 2017. Money continues to circulate over the course of the year once it is spent. Thus, while personal consumption is a good reflection of how Americans spend their money, it far outweighs the total value of goods and services in the economy.”

Click the 24/7 Wall St. logo to read its fully story. Then, check out the top five spending categories below the logo. 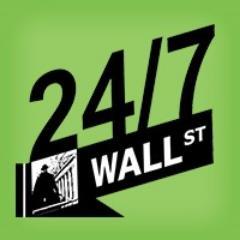