Are YOU Good with Data? There’s a Job Waiting

Posted on August 29, 2017 by bermanevansretail

As more and more retailers up their use of in-depth data analysis — and big data — the job market for data analysts has exploded. At the same times, not enough qualified applicants are available.

As Taylor Cromwell reports for Bloomberg:

“Despite an onslaught of bankruptcies, store closures, and layoffs, there’s one retail job that’s still in hot demand: data scientists. The battle against E-commerce is putting new pressure on brick-and-mortar retailers to fix up stores and deliver a more pleasant experience for shoppers. And that means studying data — lots and lots of data.”

“Department-store chains and other businesses have tons of information that they could use to refine their customer service and get more revenue from shoppers; they just need someone to help them go through it. Every company collects mountains of data: some valuable, most not,” said Jay Samit, a vice chairman at technology consulting firm Deloitte Digital. “It’s the data scientist’s job to distinguish between the two.”

“Data scientists aren’t just in hot demand in the retail industry. Job postings and job searches for the role have reached an all-time high, according to the Web site Indeed. Harvard Business Review has called the field ‘the sexiest job of the 21st century,’ and employers across industries and government agencies have scrambled to add such workers to their ranks.” 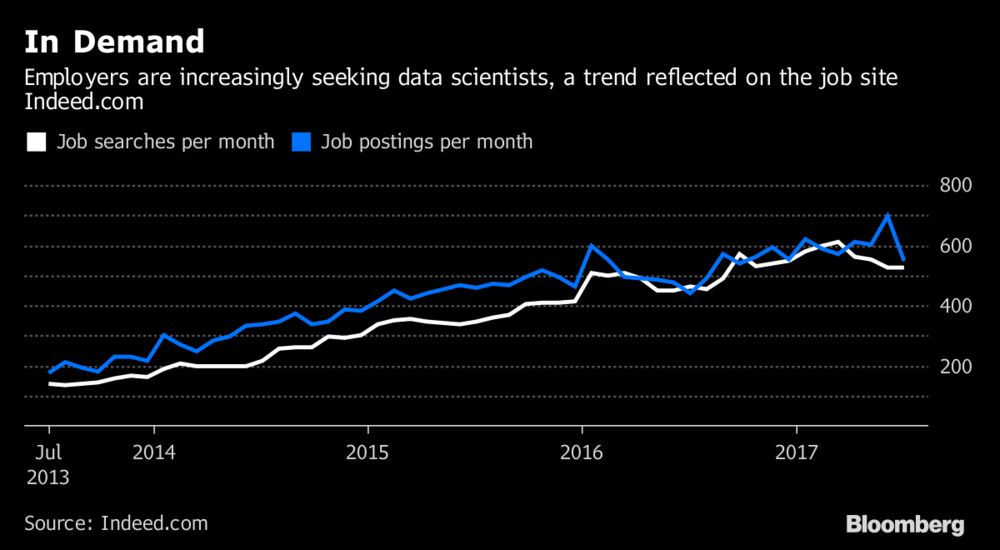 Like Loading...
This entry was posted in Career Useful Information, Careers in Retailing, Part 5: Managing a Retail Business, Part 8: Putting It All Together and tagged big data, career, data analytics, infographic, opportunity. Bookmark the permalink.