Posted on August 16, 2017 by bermanevansretail

Japan-based Uniqlo has been a retailing powerhouse for years — with its fast-fashion approach. Today, it operates more than 1,000 stores around the world. Here is Uniqlo’s basic business model.

Recently, Uniqlo announced that it would be introducing vending machines (kiosks) at airports and shopping centers. As reported by Khadeeja Safdar for the Wall Street Journal:

“Your flight is boarding soon, but you forgot to pack warm clothes. What to do? Uniqlo is betting that you might consider a lightweight down jacket from a vending machine. The Fast Retailing-owned retailer plans to roll out 10 of them this month and next in airports and shopping malls near New York, Houston, Oakland, Calif., and other U.S. cities.”

“The machines are part of the company’s retooled expansion plans after a more-ambitious effort to increase Uniqlo’s U.S. presence fell short of expectations. Vending machines are cheaper to operate than physical stores and are a convenient way of selling basic, travel-friendly clothes to harried consumers. After opening 45 stores in the U.S., Uniqlo is now using vending machines, temporary stores and a few flagship locations to expand its physical footprint. It has two new locations planned for Washington this fall, including a store in Union Station and a pop-up shop.” 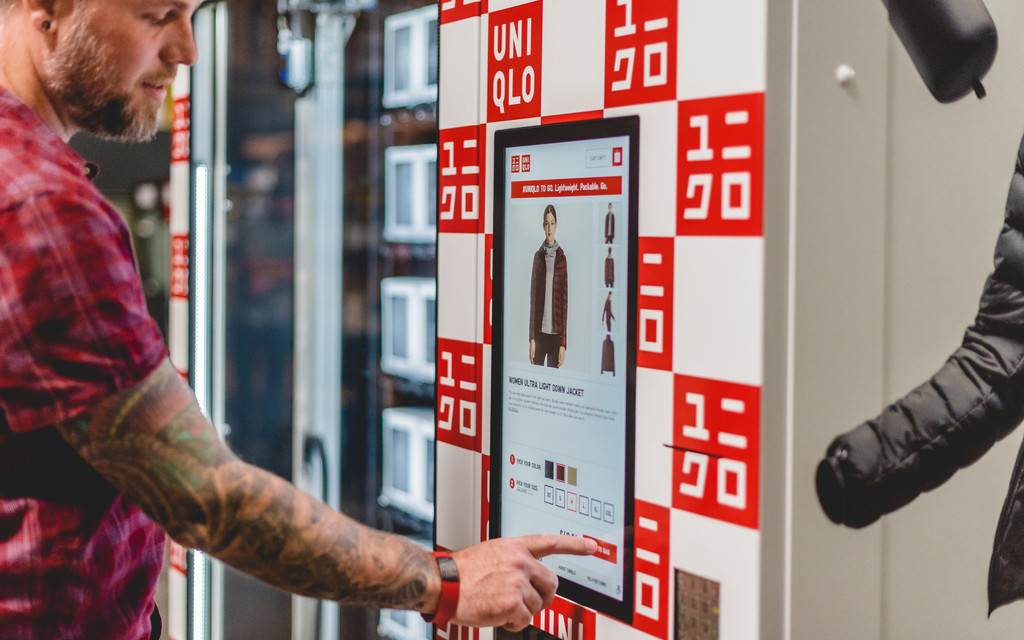